How To Form a Wealth Mindset

Many say they wish to be rich.

But not everyone achieves true financial freedom or wealth.

Despite the fact that many say to want abundance, individuals who seek wealth frequently unconsciously reject it. This is mostly due to mental programming that stops us from viewing money as good.

You may have heard or even say the phrases:

Ooof, it’s hard to even write any more of those things. But the hatred they put on money for no apparent reason is what I want us to examine from all these ridiculous statements. Why should money have an association with freedom? Or or being happy? Or love from others?

Actually, that paradigm is a virus that has infected all of us, which is why we are still in poverty today.

Having money is a matter of attitude, mindset, and life perspectives even though it is something material. If you don’t have money to spare in your bank account, it’s because of the way you live your life. Your mindset is everything.

If you are reading this, I’m going to assume that you don’t have much financial wiggle room, and it’s a good idea to start searching for a way to fix that. Well, that is an excellent place to start.

Money, which was once gold and was used for much more than just an exchange or barter model, is nothing more than a numerical representation of our purchasing power. Money is like a hammer; with a hammer you can build things, fix furniture, put in a nail, hang a lovely picture, etc. A hammer may also be used to murder someone by hitting them in the head.

Money is simply a tool. It doesn’t have to be the root of all evil or what stops us from experiencing freedom, love, or pleasure.

It’s IGNORANCE regarding money that is really the root of all evil. When people do not know how to handle their money, it is easy for it to disappear from their hands without them noticing it or realizing how, even if they manage to make a good amount.

Money loses its value when it is separated from the individual who creates it; in other words, money is neither good nor bad, but rather a tool that aids us in accomplishing a variety of activities that we could not do with love, understanding, or effort. It’s also an extremely clever method of bringing to us what was previously out of reach.

The money continues to flow

Ever questioned where the money goes? Since new money is regularly printed and there is currently more than 46 trillion dollars in circulation worldwide, money cannot run out.

Are you still a person who thinks the money is running out? Of course not; what actually occurs is that it is transferred. AND IT’S NOT THAT IT’S DISTRIBUTED POORLY. When you don’t have any money, that’s where you complain about how it’s been allocated, but when you do, you don’t even recall that complaint.

Why is it not distributed poorly? Because people who know how to utilize the tool are holding it more and more often. We consistently draw to us what we are tuned into, what we can successfully control, and incorporate into our life.

Simply put, it is not unfairly allocated because if you lack money, it is because:

Therefore, a simple method to begin developing a wealth mindset is to stop listening to and believing in those statements about money that just serve to incite hatred for it due to how awful it is. And stop assuming that it was unfairly allocated just because you don’t possess it. Do you believe that the rich think that wealth is not distributed fairly? Of course not, so there’s a chance you’re wrong.

Your Mindset About Money

Even if it is not the only thing required to succeed financially, having the right mentality is crucial for building wealth.

What do you think will happen if you want to be happy but believe that having money restricts your freedom, robs you of other people’s love, and prevents you from doing so?

If you have this type of mentality, here are two things that might happen:

Many individuals are astonished by how many important life adjustments they may make by merely shifting their perspective on money.

There are cases where individuals have been able to transform from being poor to having excellent money management skills by simply becoming aware of the negativity and resentment toward money they were harboring on the inside. These feelings are ultimately unjustified and we never really understand why we possess them.

Do you know anyone who is actually rich? But I’m not referring about knowing them on social media or through tv; I mean in person.

It’s quite possible that you answered “No”. Consider the fact that most opinions regarding rich folks (usually negative ones) —are made by those who lack money.

Similar to how guys criticize girls, But they have no idea what being a girl is like.

You might be surprised if you met someone who was actually rich, though. Although it’s true that some people today have made money through criminal activity, shadowy enterprises, stealing from others, and other forms of fraud, this is not the norm. It happens to be an exception.

When one analyzes the behavior of the truly rich, and I don’t mean those who acquired their fortune via theft or taking advantage of others—one discovers that they are more giving than anybody else. Many are affluent philanthropists who establish foundations for sick or disadvantaged children. Many have committed a large portion of their money to charitable causes.

And you’re going to tell me that having money is bad? There are countless philanthropists in the world, and you are probably already aware of many of them. For instance, the richest man in the world, Bill Gates, has donated more than 27 billion dollars to charity through his foundation, The Bill and Melinda Gates Foundation.

Large sums of money are donated to help the victims of natural disasters, financially independent people frequently use their money to help others, multilevel marketers make money by helping others make money, and wealth accumulation generally has a much more positive and helpful outcome than negative outcomes.

The issue is that they have successfully implanted the notion that receiving money is wrong in our minds. They even equate ambition with selfishness and greed!

While selfishness and greed are bad, ambition is good. It may be viewed as ambition, the desire to do great things, in the sense that, as humans, we can set high standards for ourselves by setting ambitious goals. Ambition is the drive to succeed and advance significantly. It gives people the desire and tenacity they need to accomplish their goals and ambitions in life. Many times, ambition is mistaken for greed, which can lead to a person harming themselves or others in order to achieve their goals. Contrarily, ambition is the desire to improve oneself and, perhaps, to help others.

Do you know any rich people who are unhappy? I don’t. All of the rich people I know have attained high levels of potential and personal growth, and they are often accomplished individuals who enjoy facing challenges and achieving ongoing goals. How can someone be unhappy after achieving what they want?

Many of them travel frequently and have real experience of breathtaking locations that people who believe that money is evil will never have. And it’s not resentment; it’s just a straightforward contrast that highlights how absurd the poor people’s concepts of money are—which, oddly enough, is what keeps them in poverty.

Many people also fail to realize that seeking “Just Enough” is actually a self-limitation. When you only want enough, you will receive it. However, you will frequently have a bit less due to the Law of Compensation, so you will spend month after month attempting to obtain just enough but never succeeding.

We live in a world of abundance; there is something for everyone on our earth. The issue still is that most of people don’t desire the abundance that is available to us. Even for believers, the Bible states that God wants us to have abundance. If money is a tool for achieving abundance, I don’t see why obtaining it is a negative thing as long as the ways are moral, lawful, and do not inflict harm on others.

The solution for this daily mental affliction of poverty is as easy to apply as it is effective.

Even if you might doubt its effectiveness, I’m going to urge you to have trust in this and take a leap of faith today. What do you have to lose by starting to apply this?

It all comes down to changing the way you think about money and seeing how beneficial it is. Everything revolves on rejecting those silly notions about money that are so full of negative energy that all they do is what they were designed to do: convince us that we should be poor.

Even while getting money is only the first step, developing the skills to manage it, attract it, and keep it flowing will ensure that you have strong support for all of your life’s goals. If you have money, it will be simpler for you to fulfill your goals, help others, and sleep peacefully since you won’t have to worry about how you’re going to pay your bills and put food on the table.

If you still have a negative attitude toward money, concentrate on attracting wealth, and begin reading literature that will help you shift your perspective. Money is merely a tool that could enable you to do both good or terrible things; it is neither clean nor dirty. But the choice is yours. 46 Motivational Oprah Winfrey Quotes That Will Empower You 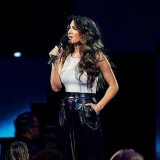 33 Affirmations for Boosting Your Confidence

10 Spiritual Morning Routines To Add Joy To Your Day

How to Manifest Someone to Text You: The 5-Step Process